Been a while since the last update in this blog, but again work has kept me busy, as well as other stuff in my life. That doesn't mean I haven't worked on the big Pete though.

Initially I made the engine and radiator assembly. I adapted the tubing from the original kit, and I was pretty pleased with it. It all fit well, the fan lined up with one of the pulleys and all. Yeah, this was gonna work! 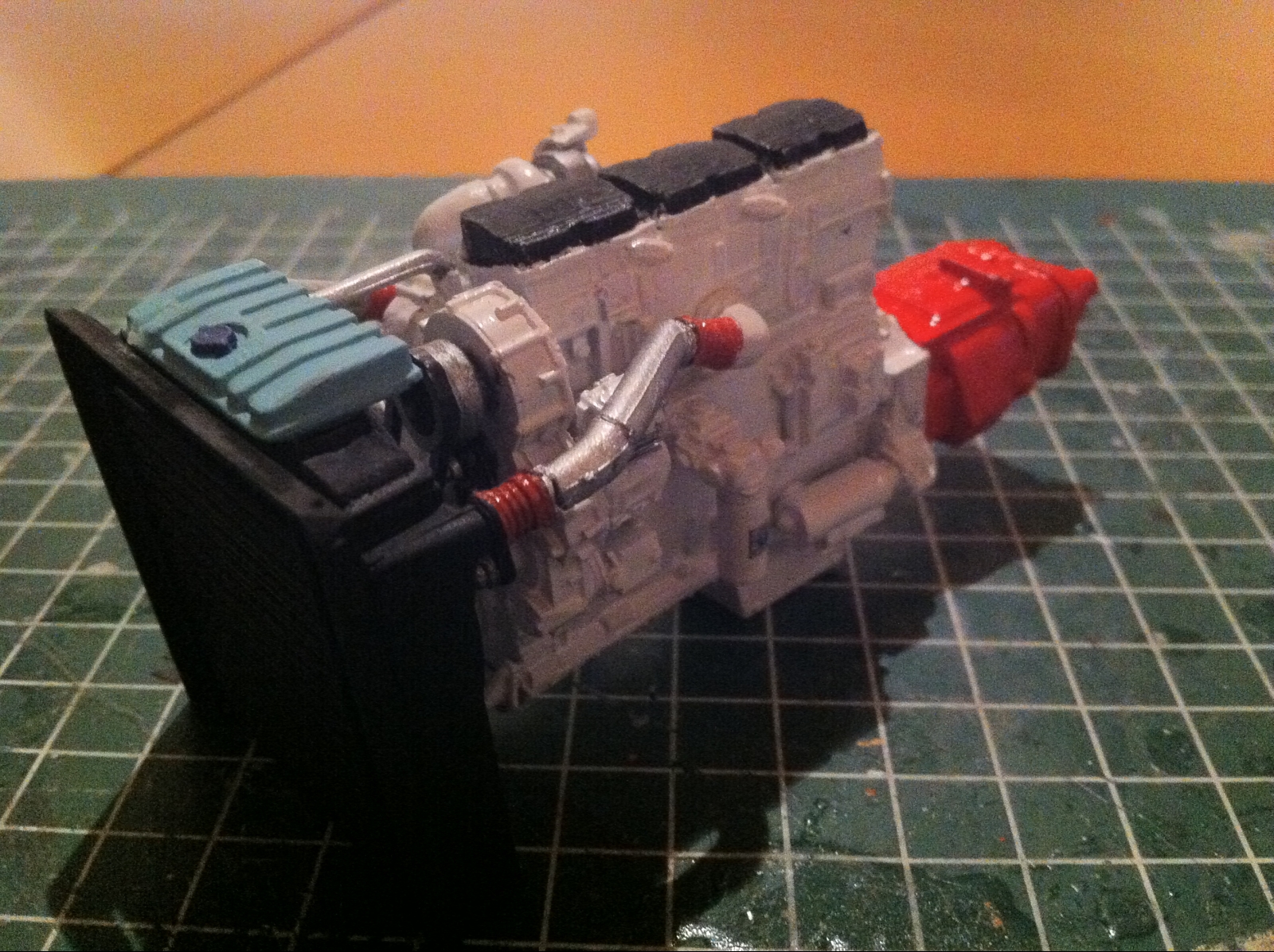 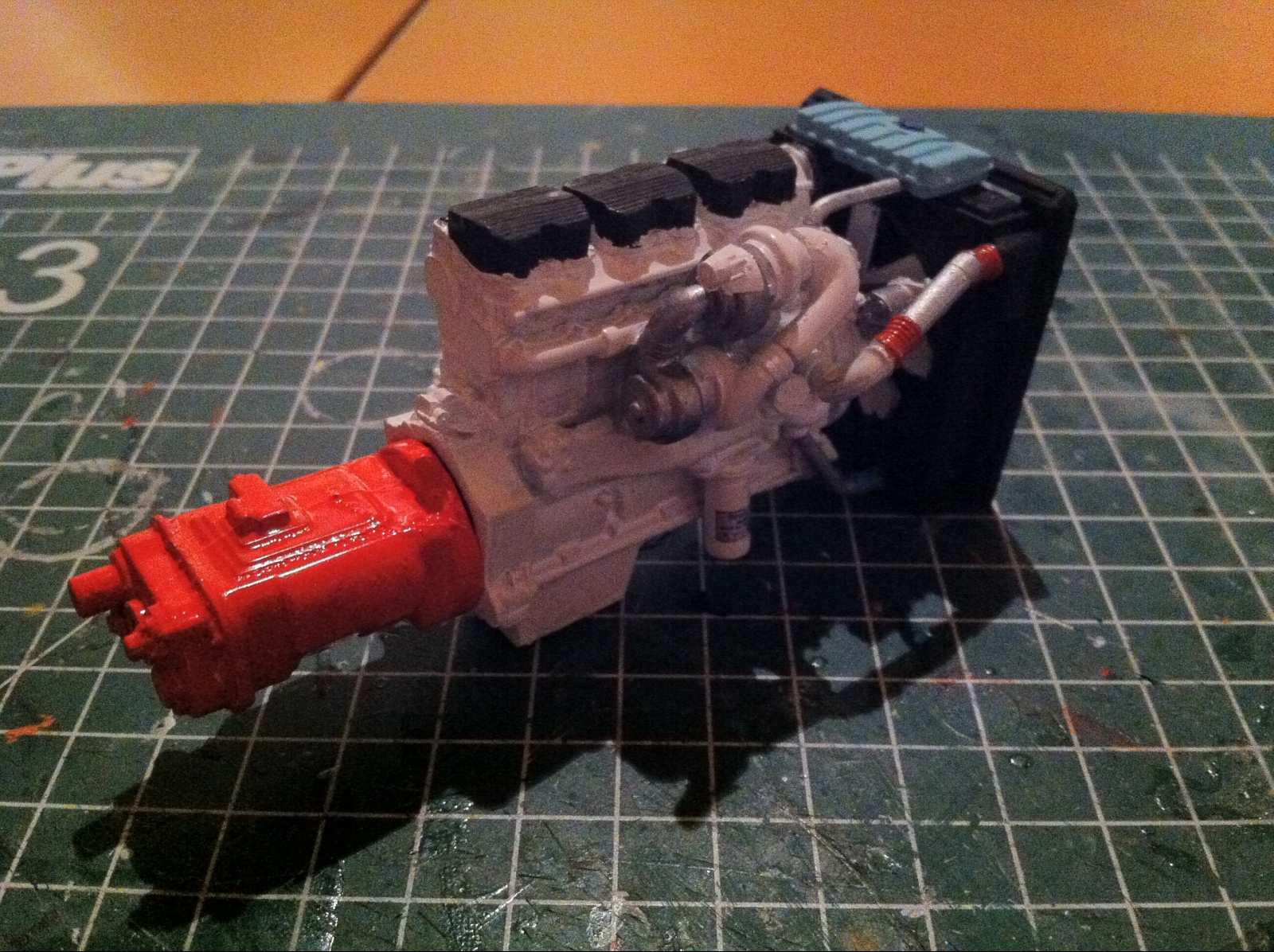 Also I (finally) got the keel laid for this big beast. I was waiting on a lift axle from Jamie Rahmoeller (moluminum.com), and I wanted to take good measurement for placing this fine piece of work. I happened to have picked up a spare set of frame rail; actually two whole part trees for this kit, with all the stuff that comes in it. These came in very handy in adding the belts, pulleys and plumbing for the mighty C15 too. I managed to get a nice frame stretch with them. 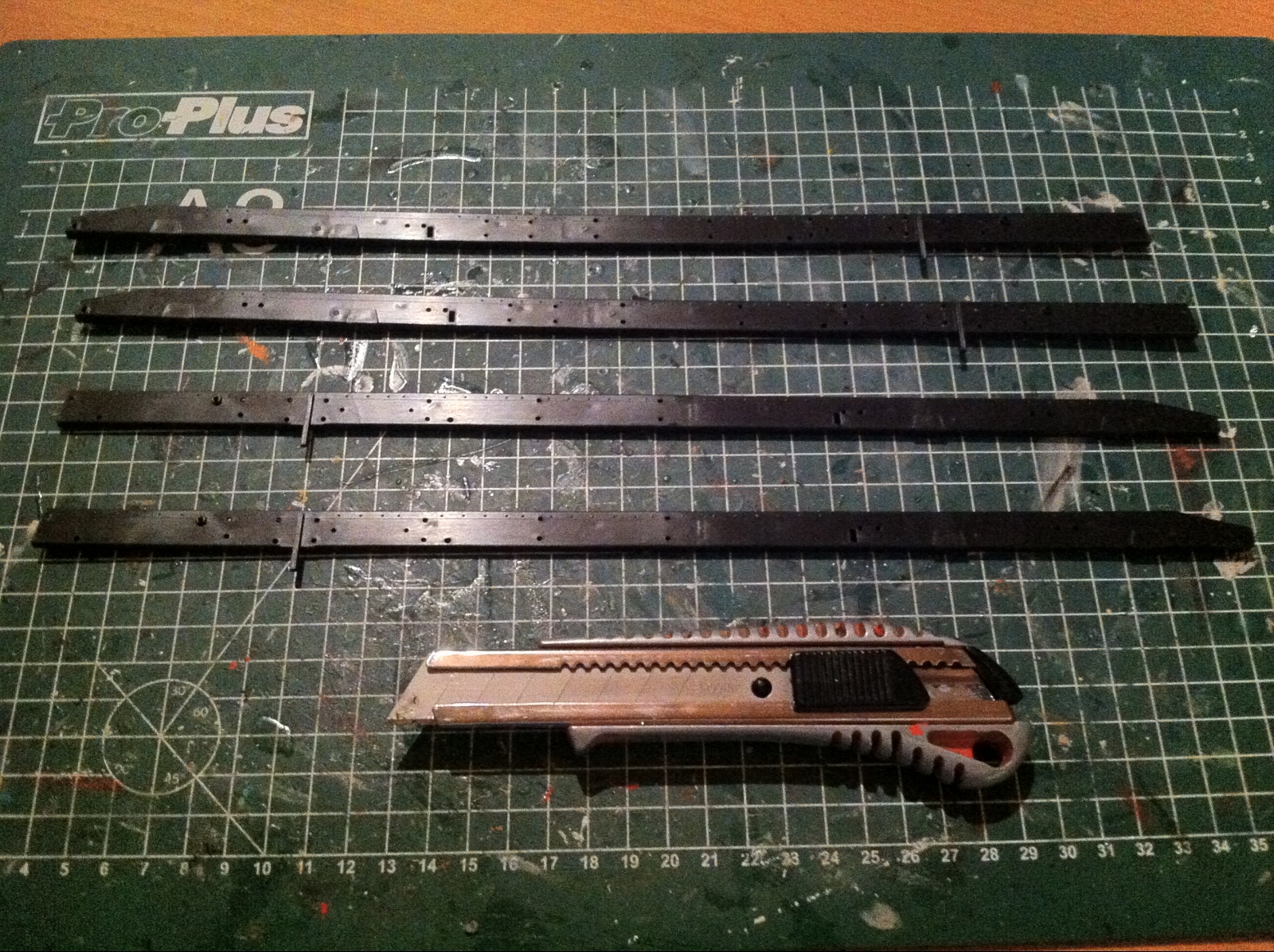 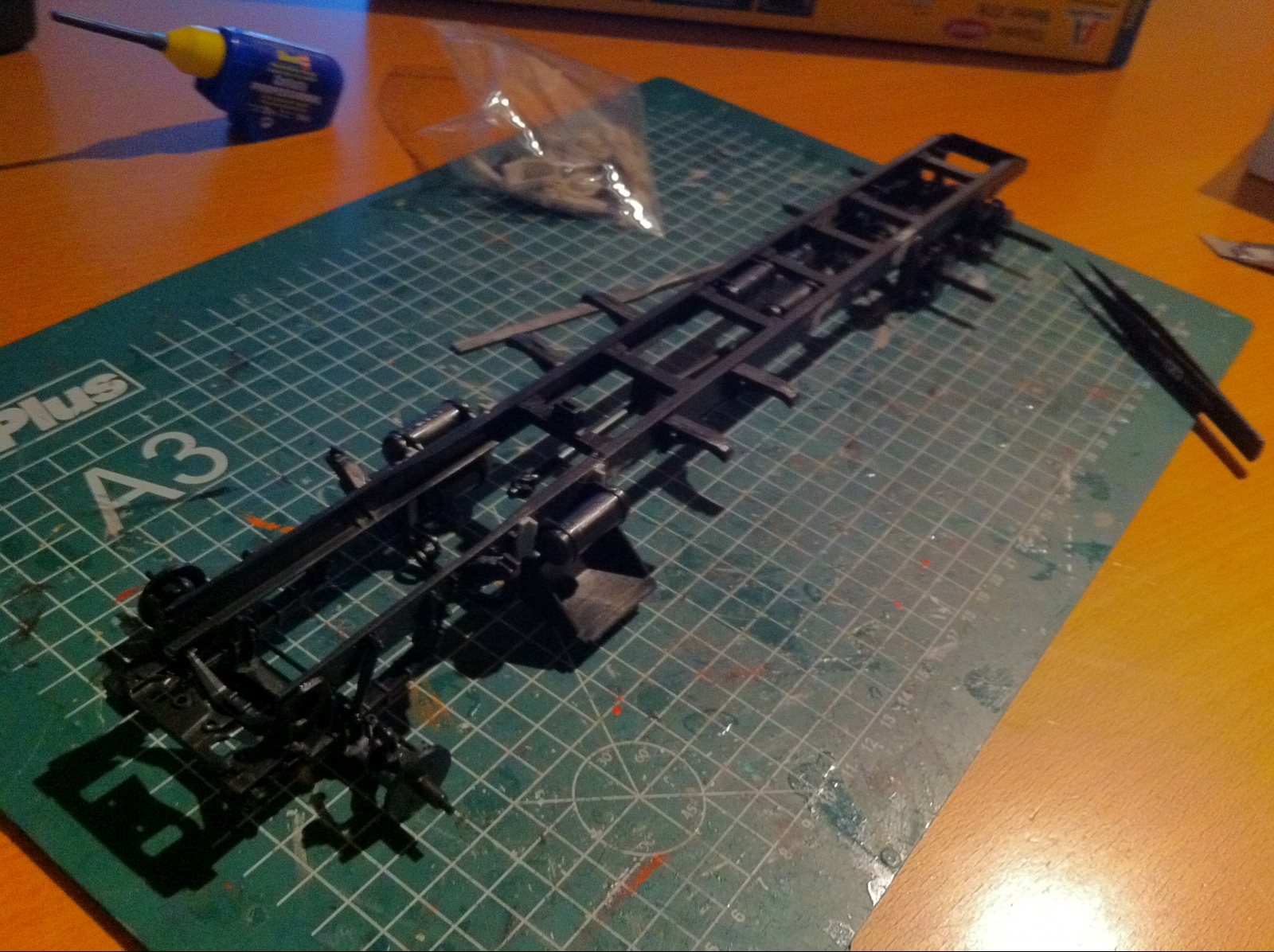 I painted the frame red. Then came the placing of the engine in the frame. And that's where the brown stuff hit the ventilator, so to say. When I put in the complete powerplant, I found out that the engine would list too much, and the air duct on the firewall wouldn't clear the engine head. Nice going there, Joris… 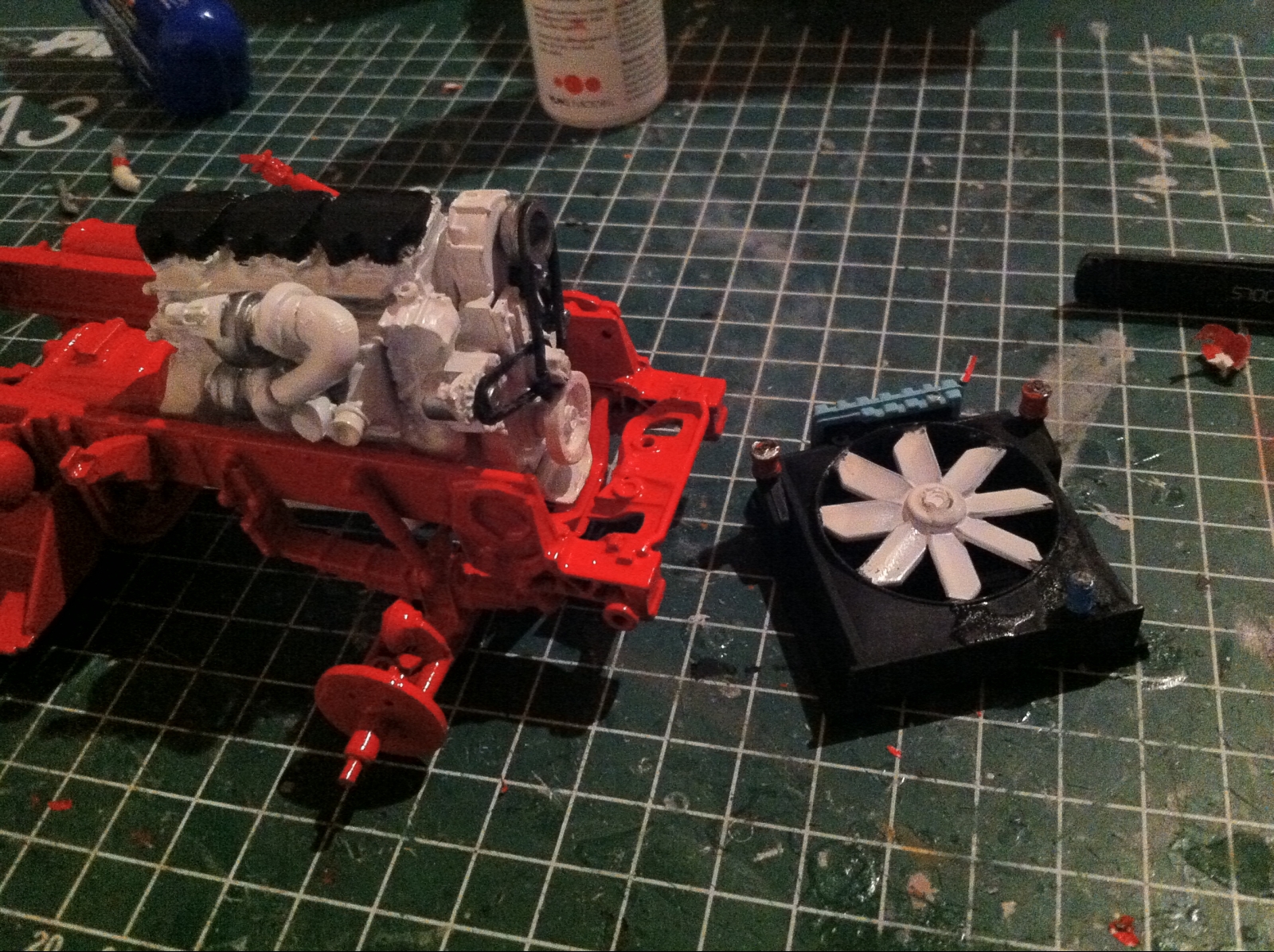 Again I had to adapt the plumbing to make the powerplant air- and watertight. Took some cussing and swearing, words I won't repeat here because this is a family-friendly site and all, but I got 'r done, so to say. 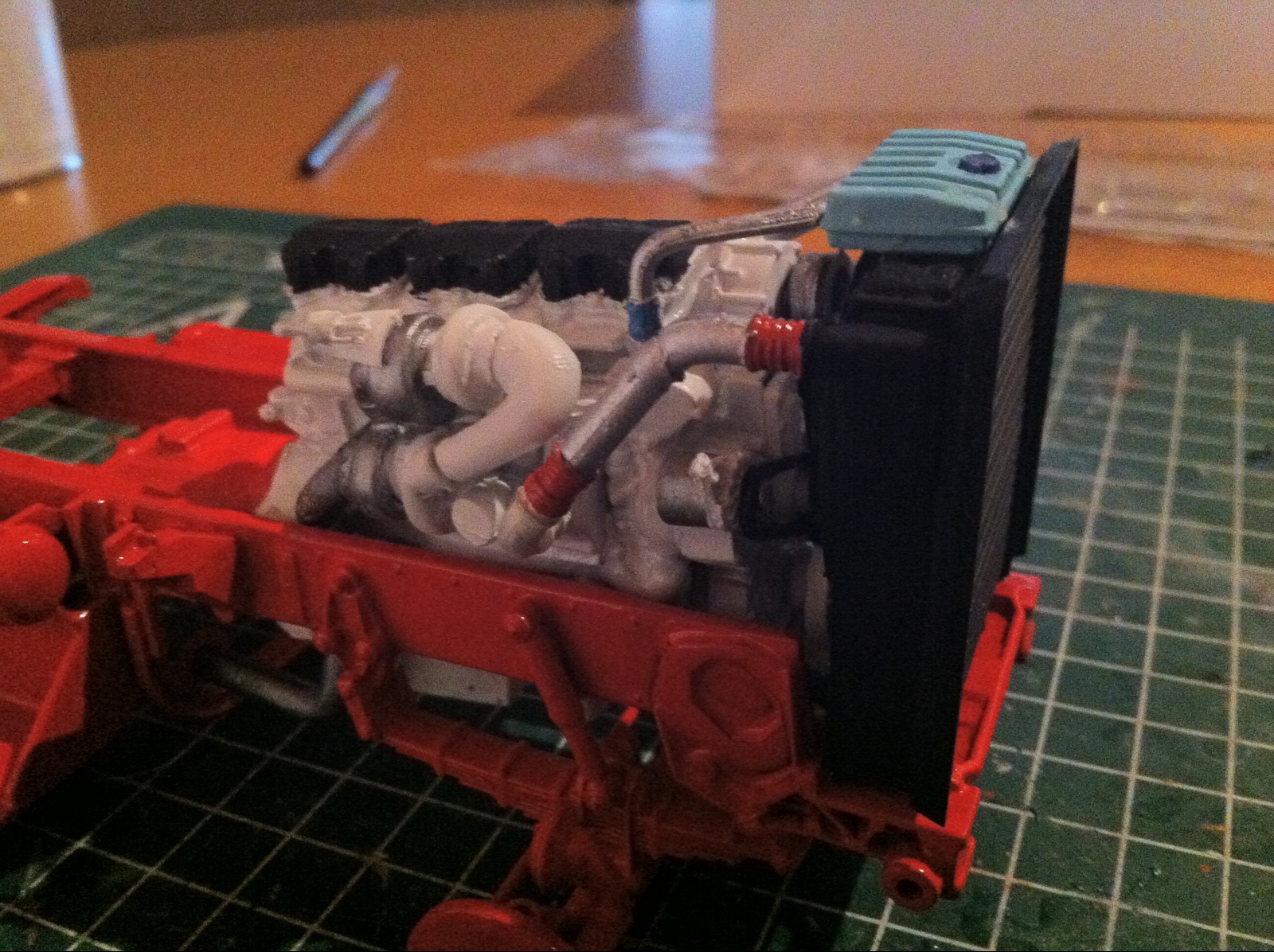 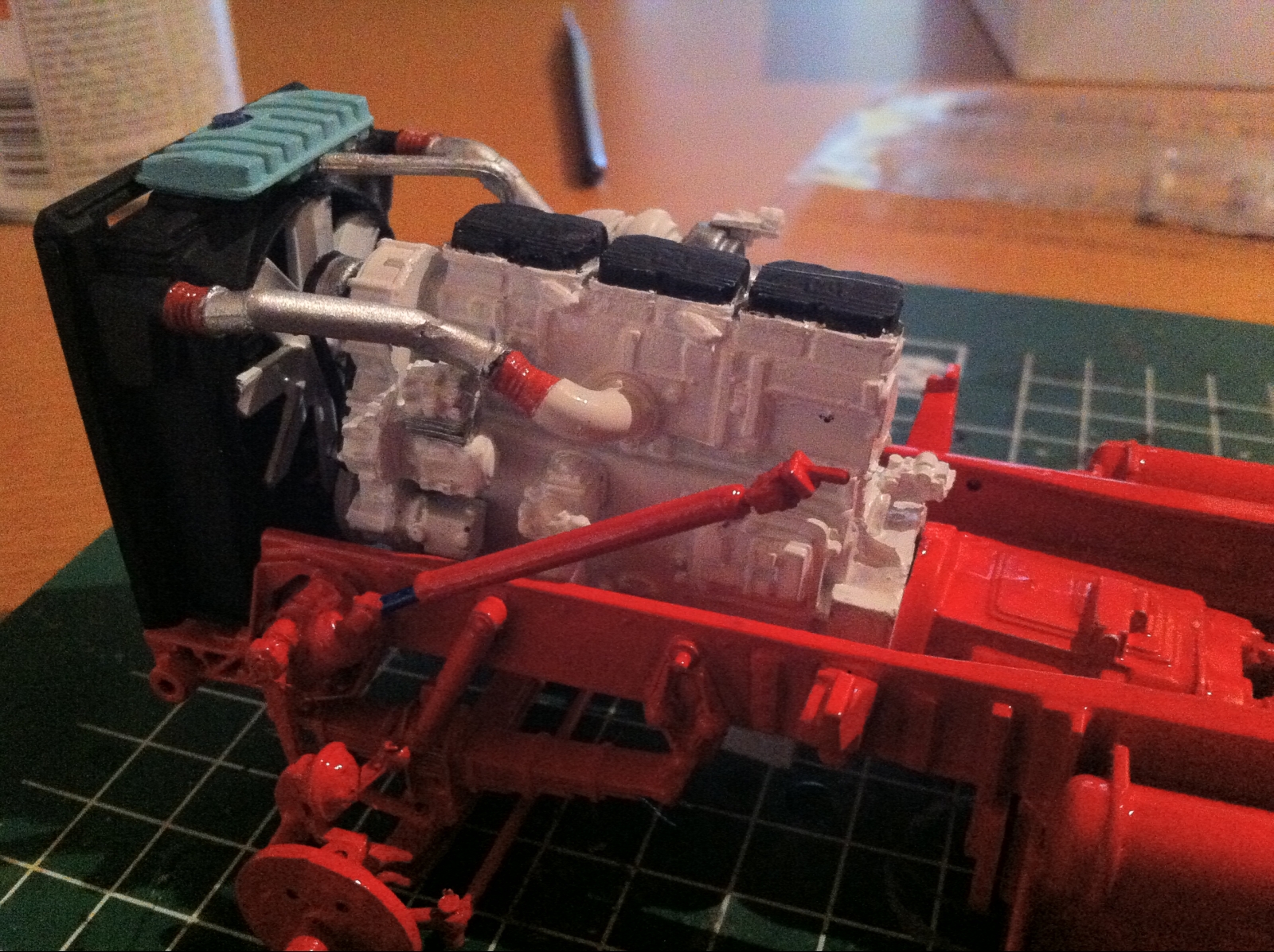 Even the air duct fits over the engine again! And I got the placement of the cab supports right; this was a little worry for me, but I guess this will work. I had to modify the air duct to the turbo, but this wasn't such a problem with all the spare parts I have. 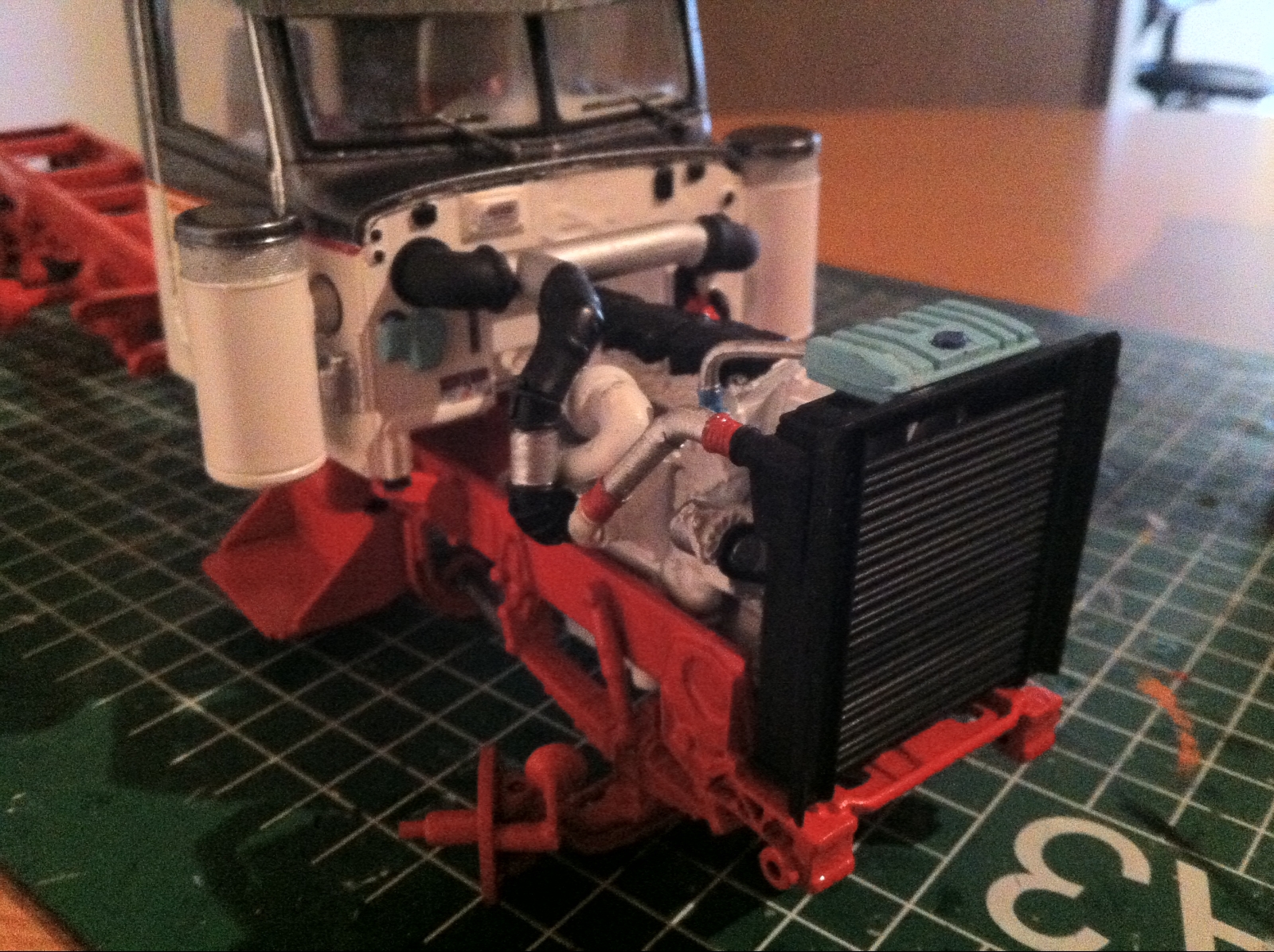 Now I do have some fears that the big hood won't be able to open; Eric Jones from P&P made a wonderful item (or perhaps it was Tim Ahlborn who made the master) with a realistic inside, but it rubs against the air intake duct. I so hope I won't have to glue it shut…