Been a while since the last update, but work has kept me busy.
However I found time to tinker on a little. The work on the hood, cab and sleeper continues diligently, although there have been some SNAFU's along the way. A little bleed-under in the painting process, which has been mostly corrected. I tried the pinstripe decals from KFS as a demarcation line, but they were absolute horror! So it's fallback to Plan B, masking tape and paint. As soon as the results are satisfying enough, pictures of the bodywork will come. Then the livery is being revealed as well.
Also it seems that the hood hinges from this particular kit are missing (funny, I do remember all the bags were sealed…) so I have to improvise a little. 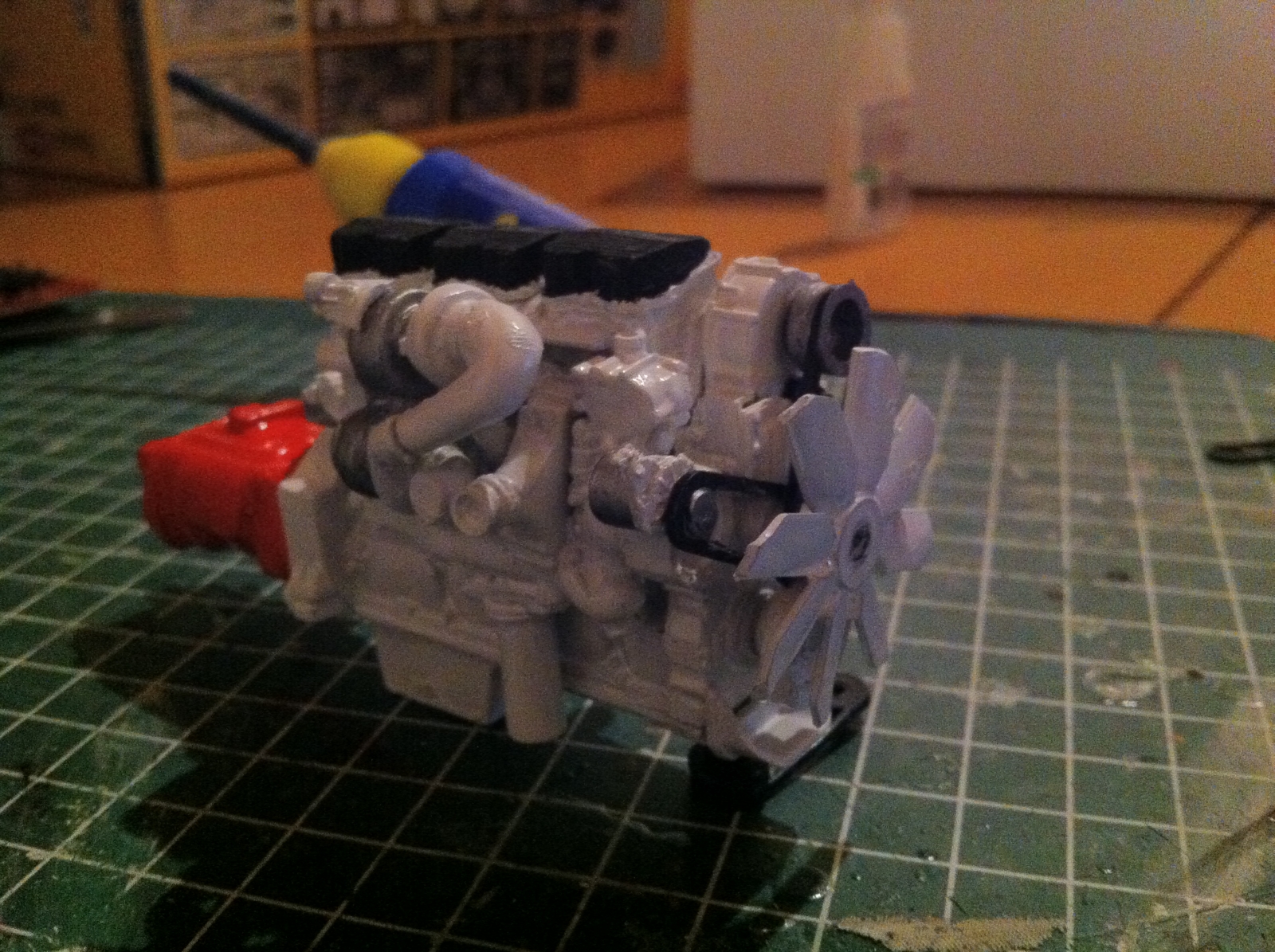 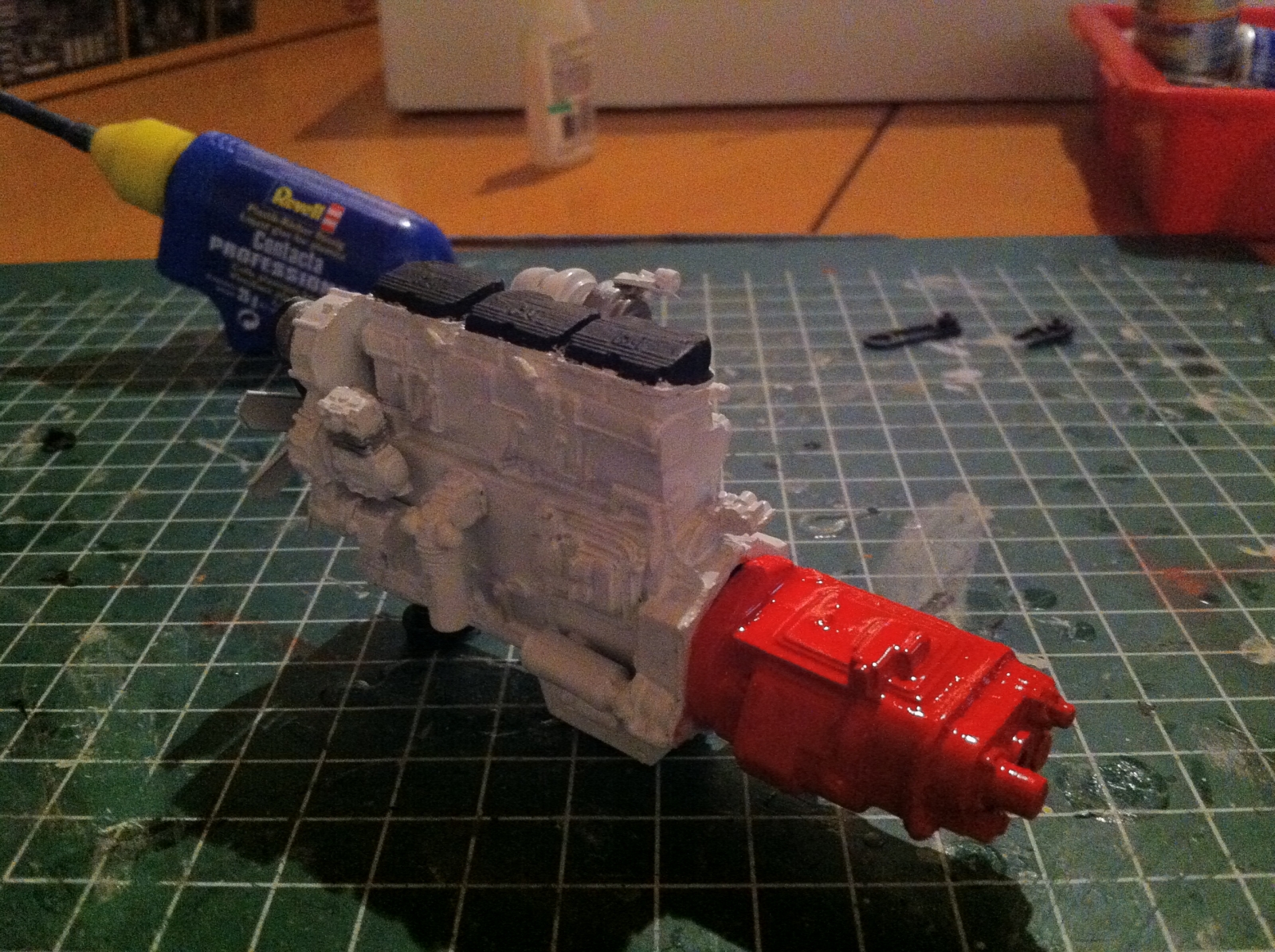 As you can see, I finished the big CAT C15. The way I put on the belts and pulleys might not be the 100% correct way, but then again I'm not a rivet counter and I had to make use of the stuff I got. For me it works this way at least. For the colors I went a little Old Skool; transmission in frame color and I put a twist on the 'white" engine Peterbilt featured back in the Olden Days; I used Tamiya's Pearl White, since that color comes back on the bodywork on this truck.

The cab needs a dash too. Since I'm building a Post-'05 Peterbilt, the new style dash is needed. I've painted the dash a little custom too. Red dials and switches on a gunmetal background, while the upholstery is supposed to look like white leather. 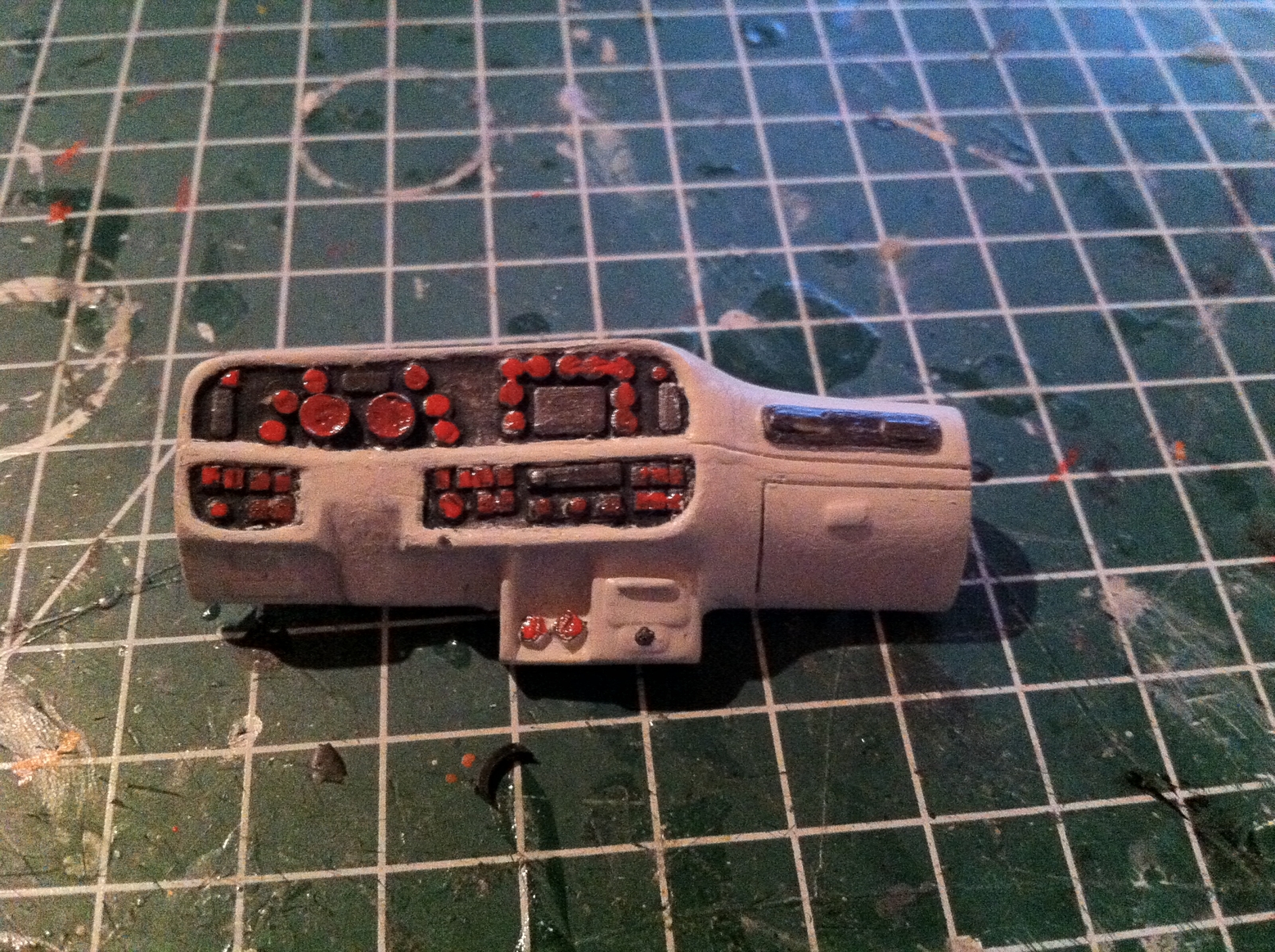