I'm sure that I'm not the first one to do it this way but I was looking for an alternative way to stretch a frame versus  butting the ends of the cut frame rail sections against one another and lapping a strip of styrene over the joint.  Here's that alternative: 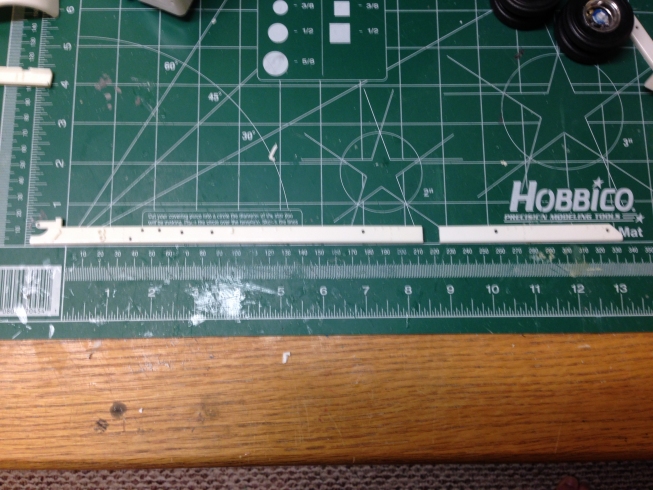 At the Joint of the frame, remove the shaded portion of the frame rail ends as shown below.

On one frame rail section, remove the center of the vertical portion of the rail leaving the horizontal portion intact (left). The length of the portion removed is not critical, 3/8" or so should work. 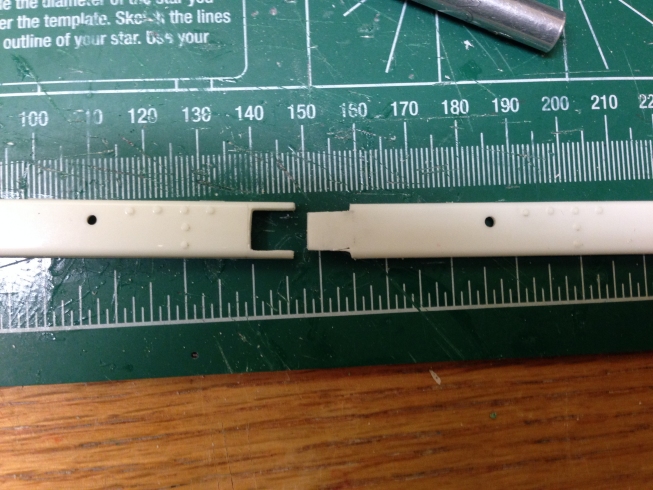 Connect the two sections like puzzle pieces and glue.  I use a straight edge (in this case my miter box) and a flat surface to align the sections and keep the rail straight while the glue dries. 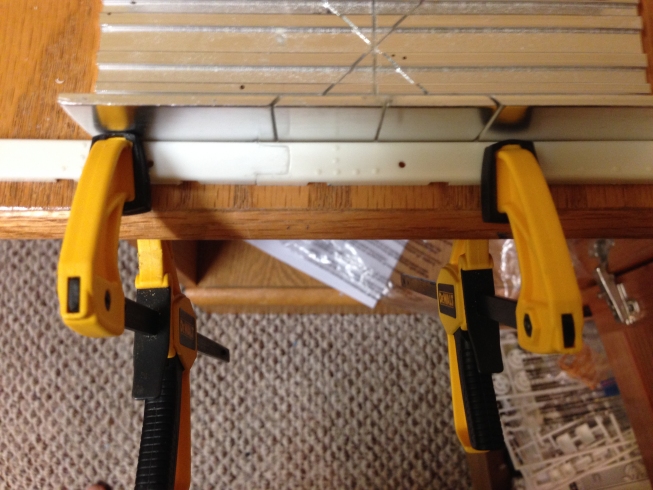 Once dry, you should have a strong, straight joint that requires very little filler and is more realistic than the lap joint method. 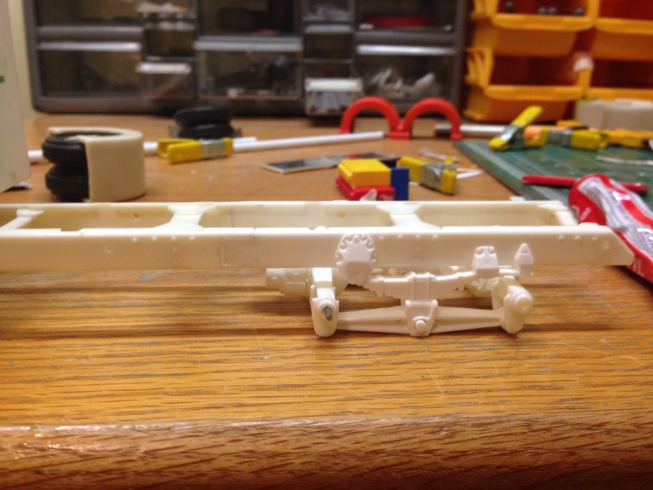